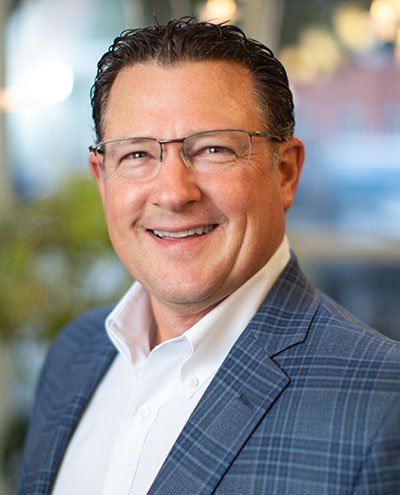 Eric joined Brogan Financial in 2019 and serves as the Director of Growth and Development to execute the visionary and strategic plans of Jim and Dee Dee Brogan and their organization. He serves as the conduit between the financial advisors and the operational team to ensure a seamless operation, while creating a culture of servant leadership with the end result being impeccable client service.

Eric holds a B.S. in Marine Engineering from Maine Maritime Academy. He has previously held board seats with several companies and industry organizations. Eric’s ability to see things from a 30,000-foot level allows him to understand the owners’ desire for growing a multi-generational company with a deep-seated focus of creating a legacy centered around excellence.

Prior to joining Brogan Financial, Eric had a thirty-year career dedicated to the maritime industry, where he was an officer of a publicly traded worldwide shipping company and a large maritime holding company, along with many other roles throughout his career. Eric’s extensive experience with corporate operations lends itself to leading our team as the COO. Additionally, his business experience with two IPO’s, mergers & acquisitions, growth strategy, and strategic planning will be a tremendous asset to the future growth of Brogan Financial.

Eric is a native of Florida. However, he has lived in eleven states and four of them twice. He and his wife, Pam, have four daughters and have relocated to Knoxville from Tampa, Florida.