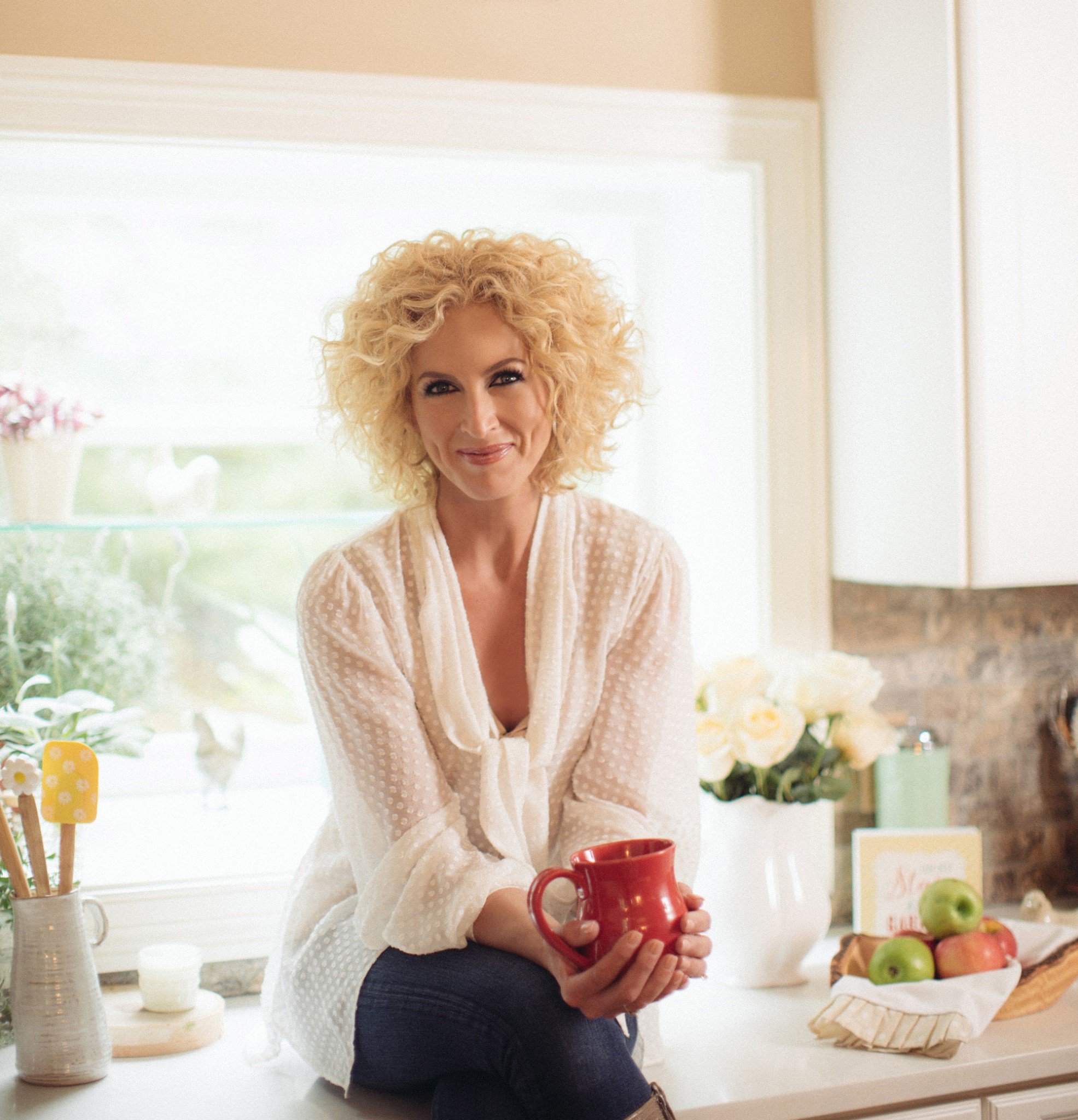 On this week’s “More Living with Jim Brogan.” we talk with special guest, and good friend, Kimberly Schlapman of Little Big Town about her life, music, holiday traditions, and cooking. Listen to my interview with her HERE.

We begin the show by talking with Kimberly about the whirlwind of events she’s experienced over the last few months. Fans of Little Big Town will know that Little Big Town just won the CMA Vocal Group of the Year – for the sixth year in a row – and was also recently inducted in the Music City Walk of Fame. Kimberly gives us insight on what those honors meant to her personally and her reactions. We then discuss her background and how her upbringing has impacted her as an artist. We finish out the first segment by talking about their number 1 single: “Better Man.” Kimberly talks about getting the song from writer Taylor Swift, cutting the record, and her reaction.

In the second segment (11:08) , we chat with Kimberly about the years she spent in Knoxville and the influence they had on her, both personally and professionally. We transition into her move to Nashville and Little Big Town’s first hit song “Boondocks,” charting 6 years after the band was formed. That leads us into a conversation about the successes that different Little Big Town songs have had, how “Boondocks” was on the charts for close to a year, and how “Girl Crush” peaked at number 2.

We then move onto to discussing her family and being a mom to two girls. Kimberly opens up about adopting daughter, Dolly Grace, last January, when she was only 12 days old, and the blessing that has been. She then talks about being on the road with her family – which also includes daughter, Daisy Grace, and husband, Steve. With the holidays coming up, Kimberly shares her favorite holiday traditions and what she is most looking forward to.

In our Dollars and Sense segment (27:17), we talk about 3 tax tips as we prepare for tax reform.

As you may be aware, the House of Representatives passed a new tax bill this past week. After their Thanksgiving recess, the Senate will vote on their own tax reform bill. If that Senate bill passes, those two separate bills will then have to be reconciled. Honestly, we’re not sure yet what the final bill will look like and whether tax reform will truly happen by the end of the year. As tax reform continues to dominate news, though, I think it’s important to talk about three main things you need to be aware of as you look at tax planning for the end of 2017 and into 2018.

1. Nothing is going to happen for 2017.
Initially, President Trump had talked about making any tax reform passed retroactive for 2017. That’s pretty much not going to happen – it’s been taken off the table. As a matter of fact, there’s talk that the Senate plan on tax reduction for businesses could be pushed until 2019. If the tax reform bill does pass, though, the individual taxpayer rates could change in 2018. But, you won’t see the impact on your 2017 tax returns.

2. One of the biggest potential impacts the bill could have is in increasing the standard deduction.
Under the proposed reform, the standard deduction would go up to $24,400 for joint filers and single filers would see a standard deduction of $12,200. In comparison, the standard deduction in 2017 for joint filers will be $12,700, and for single filers it will be $6,350. That’s a substantial increase. However, the proposed reform eliminates many exemptions we currently have. For the average taxpayer, the bill will save roughly $1,000.We do need to watch this, though, because this proposed reform plan could be a disincentive for many taxpayers to give to churches and charities. I’ve talked before about the power of giving, and we don’t want to forget that. For those people in your retirement years, you do have an opportunity with a Qualified Charitable Distribution taken from your IRA when you’re over age 70 ½.

3. Any tax reform will provide us with a limited window of opportunity.
We know what our budget challenges in this country are. The United States of America is $20 trillion in debt and we have $100 trillion of unfunded liabilities with Social Security, Medicare, and prescription drugs. In my opinion, whatever tax reduction we see now has a limited window lasting anywhere from 3-10 years. During this time frame, there could potentially be opportunities to plan in a lower tax bracket, knowing that there might be a higher tax bracket tomorrow. This could be especially beneficial when you’re in that sweet spot for tax planning, which really is between the day that you retire and when you turn age 70 ½ (and must begin your Required Minimum Distributions).

Kimberly opens the third segment (32:47) by sharing her love story with husband, Steve Schlapman. She talks about how they initially met when he was a stage manager and that he regularly checked up on Kimberly after the loss of her first husband. She shares how “Schlap” helped her through her grief and showed her how to love again. Finally, Kimberly goes into detail about the Dogwood Project that Steve formed to honor his brother, killed 5 years ago the night before Thanksgiving. The Project’s mission is to help children who have lost a close relative through the grief process by sending a dogwood tree to those children. In planting dogwood tree, it helps start a conversation for the grieving to begin and as the tree matures, becomes a memorial to that person the child loved so much.

In the final segment (40:10), we talk with Kimberly about her cookbook, “Oh Gussie!: Cooking and Visiting in Kimberly’s Southern Kitchen”. She talks about growing up loving to cook with her mother and grandmothers, and wanting to put together a collection of the family recipes handed down to her. Kimberly is passionate about sharing meals around the kitchen table, and the bond that you share. Finally, we discuss her “Oh Gussie” collection at the Cracker Barrel, with a new winter line coming out December 14, and her “Love and Daisies” collection at HSN, where she will be debuting new dishes on December 4. 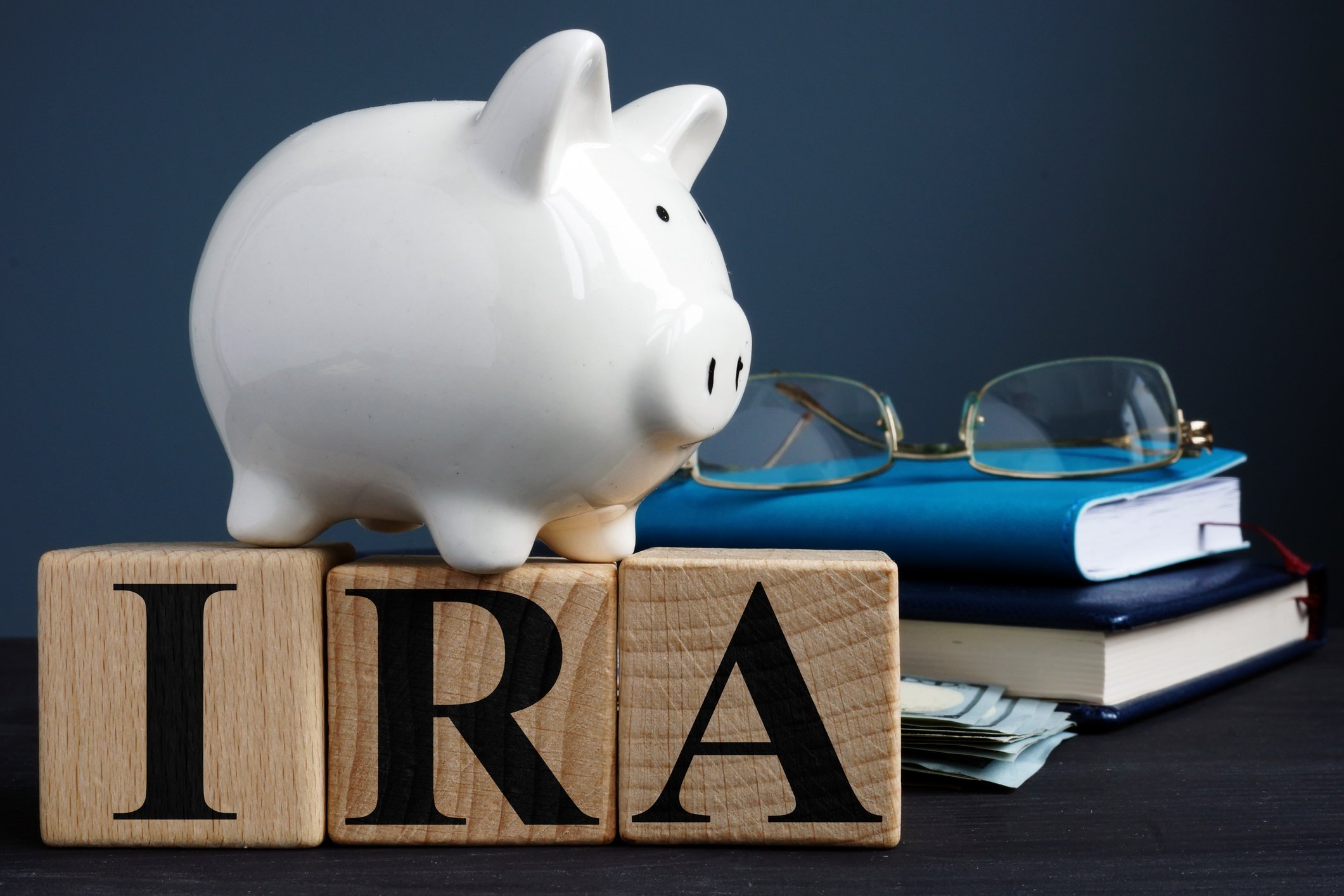 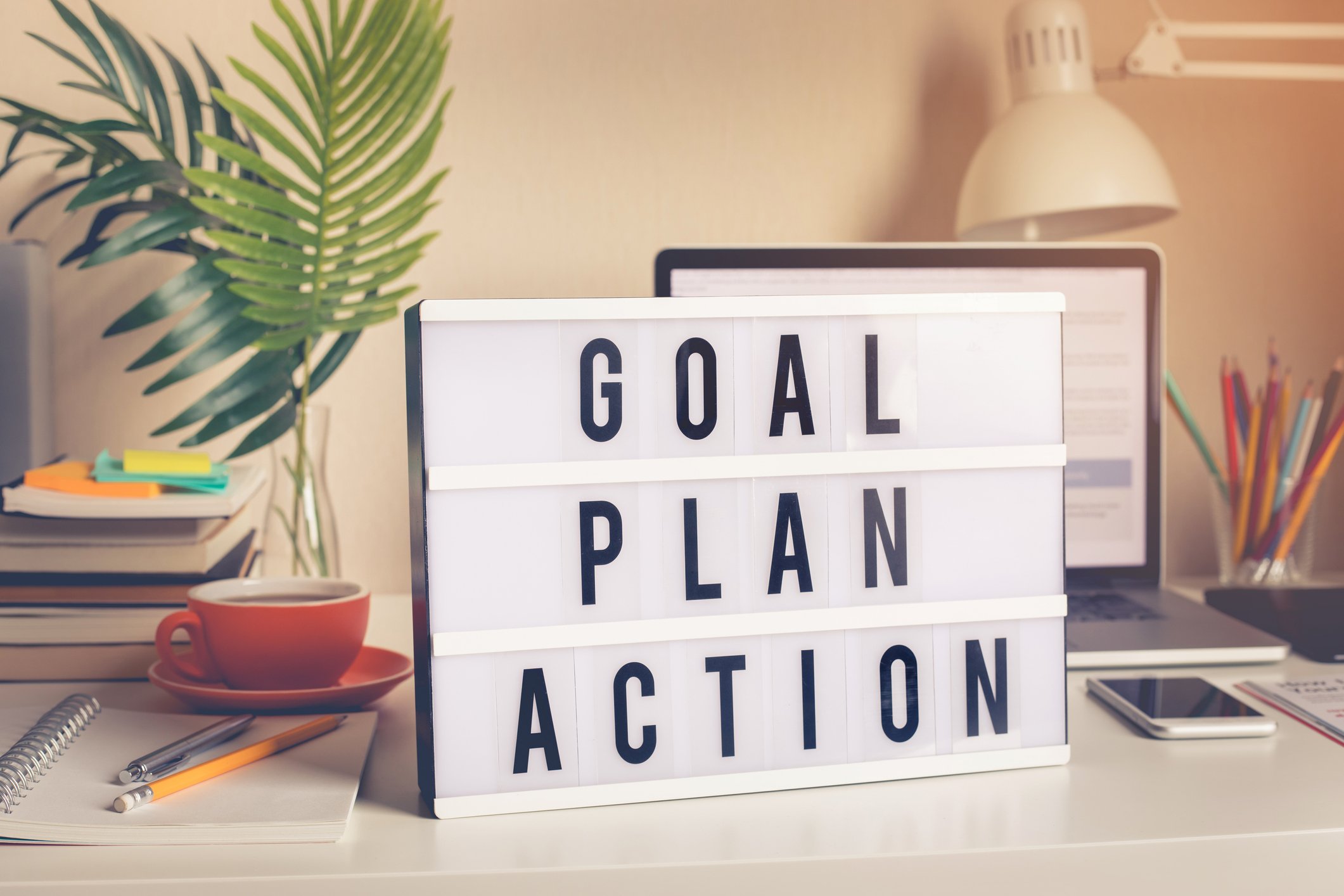 4 Ways to Prepare No Matter What the Future Brings 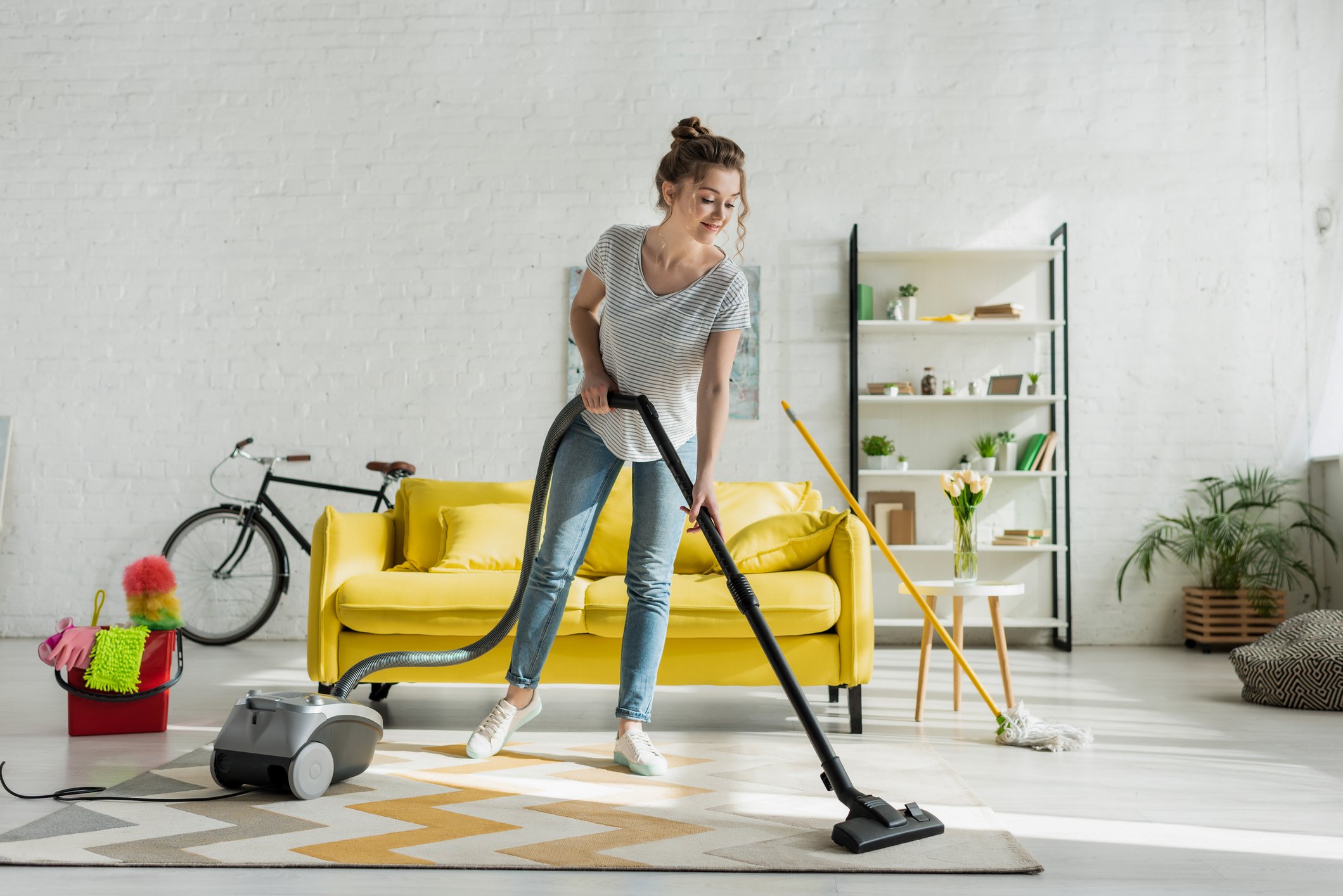 Is It Time to Spring Clean Your Financial House?